In carrying out their duties as public officers, Elected Members and Council staff are governed by Codes of Conduct established under the Local Government Act 1999. 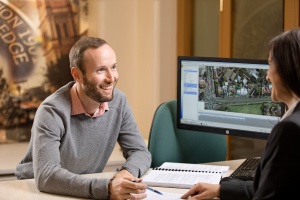 The Code of Conduct for Council Members applies to Elected Members of all councils throughout the State.

The Code establishes the general principles and duties that must be observed by Elected Members in their role as public officers, including in relation to behaviour standards, use of information and resources, and conflicts of interest.

The Council has also adopted a number of policies that regulate specific aspects of the role of Elected Members, including:

The Code of Conduct for Council Employees applies to employees of all councils throughout the State. Council staff, Volunteers and contractors at the City of Norwood Payneham & St Peters are also governed by the Council’s Behaviour Standards Policy.

As for Elected Members, the Policy and Code outline out the standards of behaviour which all Council staff, Volunteers and contractors are required to demonstrate in the performance of their duties and functions as public officers.