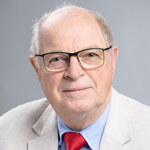 As a local council member I have served our community in many ways, as chairman of the Eastern Region of Councils and on the Executive of the Local Government Association where I held positions on the Finance Board and the Water Resources Committee, who assisted in advising Councils on irrigation of reserves and playing fields.

I currently sit as a member of the Development Assessment Panel, the Economic Development, Cultural Heritage and Public Arts Committees and as the Council representative to the Highbury Landfill Authority.

I am a retired Civil Engineer, married to Margaret who is a lawyer. We have three grown up daughters and three grandsons and a granddaughter. Margaret and I both enjoy music, art and lead an active life in our community.