Businesses on this page have been inducted into the prestigious Eastside Business Awards’ Hall of Fame, which is reserved for businesses that have been operating in the City of Norwood Payneham & St Peters for over 20 years. 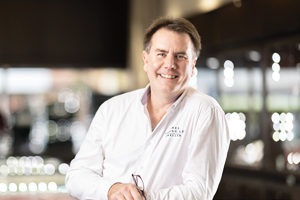 Creating bespoke designs while relishing in a dynamic yet traditional industry, being a jeweller is an incredible profession.

That is the sentiment of James Thredgold whose career has enabled him to travel all over the world, building strong friendships along the way.

“When it comes to design, there are always national and international trends, but I am not bound by those,” James says.

“I may see something inspiring in a piece of architecture. I once did a design based on the Chrysler Building (in Manhattan)."

“But most of the time, I let the gem stones guide me and tell me what it needs to be."

“Over the last four to five years, our big coloured semi-precious stones have been highly sought after."

“When Big proposed to Carrie in Sex and the City (the hugely popular television series) with a 5 carat black diamond engagement ring, it became very, very popular."

James employs 11 staff—including Head Jeweller Derek Gregory. They have worked side by side for 24 years, with James joking that he spends more time with Derek than Derek’s wife does.

When asked how it felt to be crowned the 2022 Hall of Fame winner, James said:

It was just amazing. There are multiple local businesses that are more than 20 years old so I was never expecting to win. I have had so many texts and emails to say congratulations.

“The Awards bring attention to a range of retailers who would traditionally go without being acknowledged, especially during tough times such as COVID.”

“Whether it’s first, second, third or fourth, the Eastside Business Awards make businesses feel incredibly worthwhile. It is great that the Council organises the event each year.

“I also just love the diversity of The Parade. There is such an organic mix of people.” he said.

James, who is a qualified manufacturing jeweller after undertaking a four-year apprenticeship, specialises in hand-crafted designs— one of only a handful of jewellers in Adelaide to do so.

His business, which has been located on The Parade for 25 years, also boasts an exclusive range of Tag Heuer, Bremont, Garmin, Gucci and Roberto Coin. 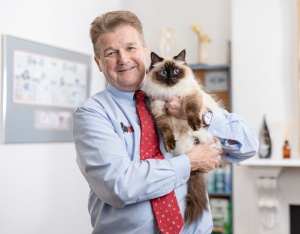 “Humbled, honoured and thrilled” – that’s how Dr Derek McNair felt when it was announced at the Eastside Business Awards that The Parade Norwood Veterinary Clinic had been inducted into the prestigious Hall of Fame.

But to his loyal clientele, who travel from as far away as Ceduna and Millicent, with pets ranging from cats, dogs, rabbits, guinea pigs, sheep, snakes, rats, birds, as well as rescued wildlife, the Hall of Fame Award should come as no surprise.

Dr McNair, who prefers to be called Derek, is also known across the state for his weekly radio segment on FIVEaa, where he offers advice on a range of pet-related questions.

Derek has been a fixture on South Australian radio for some 25 years, speaking to more than 7,500 callers.

“It’s a lovely compliment that people want to chat with me and that they travel so far to come to the clinic,” Derek said.

“Right now, we have a few thousand clients, as well as 18 staff, including eight vets.”

The best part about my job is meeting all of the people and their pets and working with such a great team.

“Generally, if people care enough to take their pets to a vet, then they are nice people. I love my job because every day is different.”

“Most situations have a happy ending, but obviously it can be sad at times.”

Derek started the clinic in 1997 from scratch, converting the building from an interior design showroom into a veterinary clinic.

Over the years, Derek has worked in many different countries including Scotland, England, New Zealand and Venezuela.  But he is always happiest working in his Norwood clinic.

I love this Council area and I really love working on The Parade,” Derek said. “Thank you very much and thank you for entrusting me with the care of your pets. I am very touched and very honoured to receive this award.”

Pleasingly, the Clinic is always happy to take on new clients! 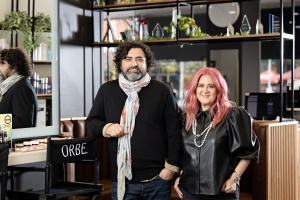 When ORBE won Best Hair/Beauty Salon at the 2020 Eastside Business Awards, it was a vindication of the salon’s business philosophy.

Co-owner Ida Tirimacco says, “We have always offered support for our local community— whether a school fair or the local netball club fundraiser”.

Naturally, The Parade and Ida’s loyal customers have embraced her wholeheartedly since she first arrived as an apprentice in 1984.

The relationships that I have built with clients who have supported me from the beginning are absolutely priceless.

Ten years on, Ida and co-owner Joe Cimmino opened their own salon in the same location that she first started as a young apprentice.

Now, as well as being voted Best Hair/Beauty Salon for the second year in a row, ORBE has also been inducted into the Eastside Business Awards prestigious Hall of Fame. “What hasn’t changed is our constant commitment to training and employing young people, believing in our industry, and embracing the importance of making people look and feel fabulous.”

Reserved for businesses which have been operating in the City of Norwood Payneham & St Peters for more than 20 years, Ida describes the award as humbling and acknowledges that it comes at a very unusual time. “It’s unlike anything we’ve faced before,” she says of the COVID-19 pandemic.

But Ida and Joe have faced it in the same way they approach every other challenge—by staying positive and putting every effort into ensuring their business continues to thrive.

Together, Ida and Joe have kept the salon’s 22 staff members employed. They are understandably delighted and their customers are just as happy. “We’ve had lots of positive feedback and excellent reviews from our clients,” says Ida.

Both Ida and Joe have remained favourites on The Parade thanks to their ability to adapt to trends in the hair and beauty industry as well as a changing business climate. But Ida puts ORBE’s sustained success down to the things that have stayed the same.

“What hasn’t changed is our constant commitment to training and employing young people, believing in our industry, and embracing the importance of making people look and feel fabulous.”

Truth be told, Annie Lovejoy never set out to open a home and giftware mecca, but in April, Outdoors on Parade was inducted into the prestigious Eastside Business Awards’ Hall of Fame. 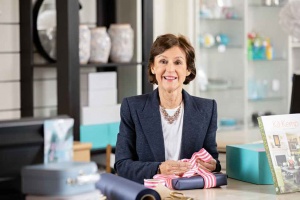 Reserved for businesses that have been operating in the City of Norwood Payneham & St Peters for more than 20 years, Outdoors on Parade now shares the title with Robern Menz, creators of the iconic FruChocs.

“We were so excited to win! We have appreciated the congratulatory messages, phone calls and visits from customers, old and new friends, and our surrounding community,” says Annie.

First opening their doors in 1983, Outdoors on Parade only retailed a small selection of outdoor furniture. With an eye for detail and a savvy approach to business, Annie jetted off to Sydney for a gift and homewares fair where she hand picked table furnishings to add extra sparkle to the shop and inspiration for her customers.

“The café was always on the cards and adds a great element to the shop —bringing all sorts of people through the doors for a chat, coffee and my favourite, a Portuguese tart.” The walls, floors, ceilings and all the spaces in between are filled with furnishings, homewares, giftware, children’s and women’s clothing, and plenty of inspiration to turn your house into a home.

From the beginning my philosophy has been only to stock what I absolutely adore — not what I’m told will sell.

And that philosophy has served Annie and her team well through the evolution of the bright, single-fronted cottage on The Parade.

Anyone who has set foot through the iconic turquoise doors has discovered a treasure trove of unpredictable eccentricity which Annie says promises something for everyone — even those with everything.

“I work hard to make sure that the perfect gift can be found here—for mum, dad, new babies and everyone in between.”

Over time, Outdoors on Parade has twisted and turned in many directions, from furniture shop to homewares store, cooking school and, most recently, café.