The Council owns and maintains a considerable amount of roadway, kerb and watertable, footpath and drainage assets. 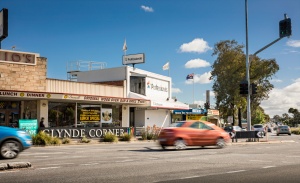 Ensuring timely and responsible maintenance of infrastructure and assets is a high priority for the Council. In the City of Norwood Payneham & St Peters, this is achieved through the Council's ''Whole of Life'' approach to asset management, adopted in mid 2004.

The "Whole of Life" approach is based upon the planned replacement of assets at or near the end of their life, or in the case of roads, intervention before the road has deteriorated to a point where it is not able to be saved.

The Council owns and maintains approximately 171 kms of road. These roads consist mainly of local roads and public laneways. The Department of Transport Infrastructure & Energy owns and maintains the carriageway component of the main arterial roads (ie Magill Road, Payneham Road, etc) Osmond Terrace and the section of The Parade, east of Portrush Road, are exceptions to this rule.

A road generally consists of a highly compacted crushed rock pavement that provides a very stable base for the application of a seal.

The wearing seal on top provides an appropriate surface for vehicular traffic, in that it provides grip and an impervious barrier, thus stopping water entry down to the pavement. The seal has a shorter life and is affected by the amount of traffic, the nature of the traffic (i.e. heavy vehicles), the type of seal used and maintenance of this seal over its life.

The life of the seal can be extended through the timely intervention of crack sealing or the laying of a spray seal or a slurry seal over the top of the existing surface. Dependant on the level of deterioration, a seal may need to be removed and a new hotmix / overlay surface applied.

If the seal has deteriorated to a condition whereby it needs to be removed and the pavement itself has also deteriorated and lost its strength and integrity (mainly through water entry, but also possibly because of soil movement due to highly reactive soils), then the whole road pavement and seal must be replaced. This is referred to as a "full road reconstruction".

It is in the Council's and the community's interest to ensure the roads are maintained and appropriate intervention is made, such that the roads do not drop below a standard where full reconstruction is the only option.

The Council owns and maintains approximately 352.6 km of kerb and watertable.

The kerb is the upright component of the road edge commonly known as the "gutter" and the watertable is the sloping flat component adjacent to the kerb and matched into the level of the adjacent road.

Between them, they offer an edge restraint for the road such that the edge does not wear away or deteriorate, the kerb serves to define the edge of the footpath and verge area, but more importantly, together they provide a simple and effective means of taking the water away from the road carriageway and transporting it to the formal Council stormwater drainage infrastructure.

The kerbing network uses very slight grades from street to street to ensure that the water flows under gravity to the nearest side entry pit and into the stormwater drainage system.

Kerb and watertable is mostly made of concrete, but this Council does have some streets where the kerb is made of slabs of bluestone set upright on a bed of mortar along with a concrete watertable.

A very few streets also have a cobblestone watertable, as well as the bluestone kerb. Kerbing is often affected by tree roots from street trees, which lift sections of the concrete and affect the longitudinal fall of the watertable in spot locations, which has the effect of creating localised pooling of water.

Over time, the past practice of resealing roads over the top of the watertable, has raised the level of the watertable, to a degree that the remaining height of the kerb offers little capacity for larger flows emanating from heavy rainfall events.

The Council currently seeks a design standard of 125 mm from its new kerb & watertable infrastructure.  A kerb height of less than this, requires the older kerbing to be removed.

The Council owns and maintains approximately 337 kms of footpaths in the Council area.

There are a number of types of footpath in existence, ranging from brick paved, concrete, bitumen to gravel or dolomite.

The Council has a policy that all new footpaths will be brick paved and, as a result of that policy being implemented for the ten years since amalgamation, the percentage of brick paved footpath is now 46 per cent of the total footpaths throughout the City.

Brick paving has the advantage of being relatively easy to lay, has quite a long life, adds to the amenity of the area and is easy to pull up and relay if there are issues with tree roots or services being installed under the path.

This Council owns and maintains over 22,000 street trees. These trees do often cause lifting of the pavers, due to root growth and the footpaths require continuous maintenance and attention, in order to maintain a safe and accessible path of travel for all users.

Brick paved footpaths have a standard life of approximately 40 years after which most footpaths have deteriorated to a condition whereby it is best to completely replace the path, rather than continue with localised repairs.

The Council owns a vast network of mostly underground drainage infrastructure (other than the kerb and watertable discussed earlier), with an approximate length of 91 km.

These assets can range from side entry pits (SEPs) and local underground drainage pipes of 300mm diameter, up to major arterial drainage systems down main roads and road crossings for the main creeks, which can be up to 4m across and 2m high.

Many of the creek road crossings are old brick arches, dating back to the late 1800s, but much of the larger, newer drainage works are concrete box culverts, such as the diversion drain installed in William Street / Osmond Terrace in Norwood in 2007.

Drainage infrastructure does not normally require maintenance of the structure itself. The SEPs however, do need cleaning out (which is performed annually) and the Council does undertake a regular five year CCTV inspection of the older large underground systems and undertakes remedial works where required.

Generally drainage assets have a very long life and require very little maintenance of the actual asset itself. Failure of an underground drainage asset is often very sudden and is difficult to be predicted or identified.