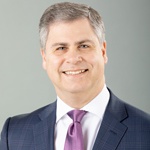 He previously served as a Councillor representing Torrens Ward for eight years from 1997 to 2005.

Robert’s involvement in the sporting, business and community life of the City spans 36 years. Before entering local government, he played junior and senior football for the Payneham (now Payneham Norwood Union) Football Club, owned a small business in the Glynde Corner and studied at Marden Senior College.

Robert brings a wealth of experience and knowledge to the role of Mayor, having also held a number of senior positions in the Local Government sector, including:

As the current Chair of the Council’s Business and Economic Development Committee and Norwood Parade Precinct Committee, Robert is passionate about supporting local traders and local jobs, and has initiated a number of economic development projects and initiatives. In 2015 he was nationally recognised for his efforts with a Commendation from Economic Development Australia (Elected Member category).

Robert holds a Graduate Certificate in Public Sector Management and Bachelor of Arts (1st Class Honours) Degree from Flinders University, and a Diploma of Government. He is currently working at SA Health, on secondment from Multicultural Affairs, Department of the Premier and Cabinet.

He was a member of St Joseph’s Memorial School Board for six years and has regularly organised ‘Footy Nights’ and ‘Bowls Nights’ for the fathers and male caregivers of students. Robert also assists with the school’s fundraising events and coached football teams from 2017 to 2019.

A life-long resident of the City, Robert’s family connection to Norwood Payneham & St Peters goes back more than six decades to 1960 when his father lived in Norwood after migrating to Australia from Italy.

He lives in Trinity Gardens with his wife, Pina, who is a Mary MacKillop College old scholar, and their three children: Isabella, Christian and Charlotte. He has previously lived in Felixstow and Payneham.