The Mayor and Elected Members are elected by the local community to represent the interests and needs of the community. 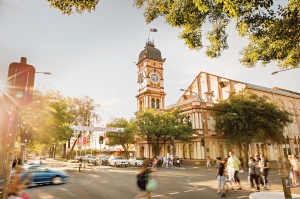 Elected Members provide community leadership and guidance and facilitate communication between the community and the Council.

The role of the Mayor and the Elected Members is specified within the Local Government Act 1999.

Role of the Mayor

Section 59 of the Local Government Act 1999, sets out the role of the Mayor which is to:

Role of the Elected Member

Included under Section 58 of the Local Government Act 1999, the role of the Elected Member is to:

The Council is committed to providing open, responsive and accountable government and values its tradition of integrity, responsibility and fair dealing, and will continue to strive to maintain the highest standards in its relations with the community and the services it provides to the community.

In South Australia there is a mandated Code of Conduct for Elected Members.

Alleged breaches or failure to comply with the Code of Conduct that are not the subject of statutory provisions will be dealt with internally by the Council. Sanctions will be determined by the Council, based on an assessment of the nature of any breach and all relevant circumstances. Sanctions shall not include the imposition of monetary penalties or suspension from Council or Committee meetings, unless a breach of legislation which imposes such penalties is established.

Any person who is aware of possible corrupt or unethical conduct should report it immediately to the Council’s General Manager, Governance & Community Affairs.

Any person who reports possible corrupt or unethical conduct will not be disadvantaged because of such reporting.